Magic Lamp from Disney’s Aladdin on Broadway Comes To Phoenix!

We’re sure you’ve heard that Guy Richie’s adaptation of Disney’s animated classic, “Aladdin” (starring Will Smith and Naomi Scott) hits theaters on Friday, May 24th 2019. What you may not have heard is that the official lamp from Disney’s Aladdin on Broadway is hitting Phoenix on Friday 24th, too!

Yes! You have the opportunity to see Genie’s magic lamp live on stage, this Friday (and the following two weekends), at 3rd Street Theater (Phoenix Center for the Arts). Artist Director, Jacqueline Dunford, won a nationwide contest to use the actual magic lamp, as used on Broadway, for her production of Aladdin Jr. 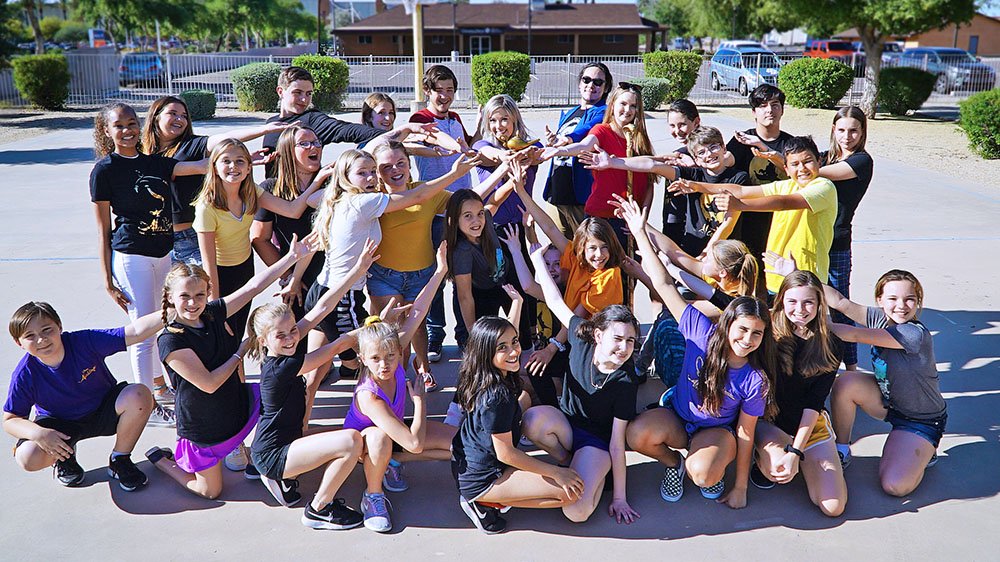 Jacqueline with her Aladdin Jr. cast and a replica lamp used for rehearsals.

“We’re so excited to bring a piece of Broadway to Phoenix!” said Jacqueline, “Our main aim is for our students to have a magical experience, and this will surely assist with that.”

The ‘Pass The Lamp’ initiative coincides with the 5th-anniversary celebrations of the Broadway musical and pairs the authentic magic lamp used in Disney’s Aladdin on Broadway with selected theaters who are showing productions of Aladdin Jr.

Jacqueline said, “Phoenix is lucky to have such an amazing youth theater presence and winning this competition will hopefully go some way to highlight that.”

Her production of Aladdin Jr. is being shown on weekends May 24th – 26th and May 31st – June 2nd at 3rd Street Theater, Phoenix Center for the Arts. The lamp will be on display after the performances for photo opportunities.

Tickets are available at www.seethelamp.com